Skip to content
Dana Lyon (From USAFA Website) You may donate at the STARRS website by using the Donate button. COLORADO SPRINGS, COLORADO, UNITED STATES, June 9, 2022 /EINPresswire.com/ — The following comments may be attributed to Lt. Gen. USAF (Ret.) Rod Bishop, President and Chairman of the Board of STARRS (Stand Together Against Racism & Radicalism in... 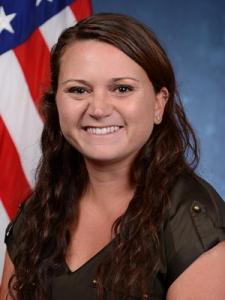 You may donate at the STARRS website by using the Donate button.

COLORADO SPRINGS, COLORADO, UNITED STATES, June 9, 2022 /EINPresswire.com/ — The following comments may be attributed to Lt. Gen. USAF (Ret.) Rod Bishop, President and Chairman of the Board of STARRS (Stand Together Against Racism & Radicalism in the Services, Inc. www.starrs.us):

The U.S. Air Force Academy has fired an outstanding coach and Gold Star widow, Dana Lyon (https://goairforcefalcons.com/sports/cross-country/roster/coaches/dana-lyon/69), two months before she became eligible for retirement benefits, seemingly because she exercised her First Amendment rights by refusing the COVID vaccine.

After Dana Lyon’s husband was killed in action in 2013, the U.S. Air Force Academy offered her a track and field coaching position with “promises to take care of her.” Instead, the Air Force Academy terminated Ms. Lyon effective June 30 – two months shy of 5 years of Civil Service. Here are the facts:

Fact 1: After Dana Lyon’s husband was killed in action in 2013, the Air Force Academy offered her a track and field coaching position with “promises to take care of her.”

Fact 2: As a civilian coach, Lyon submitted a religious accommodation request in November 2021 for the COVID-19. She has not received a response as it appears DoD has lost interest in adjudicating these civilian requests due to ongoing court actions.

Fact 3: Lyon has been harassed for not taking the vaccine and exercising her First amendment rights.

Fact 4: Lyon was told the termination was non-disciplinary, not personal, “we’re going in a different direction” non-renewal with a termination date of 30 June 2022.

Fact 5: With their termination action effective 30 June, she will be two months shy of five years of Civil Service, therefore, not eligible to even apply for a deferred retirement; thus the last 19+ years (of service) results in nothing but a Death Certificate for her husband.

Fact 6: It appears Dana is being terminated because she is exercising her rights under the First Amendment, a federal statute and military regulations by choosing not to be vaccinated based on “sincere religious beliefs.”

Fact 7: After the court injunction on the federal vaccine mandate in Jan. 2022, according to Lyon, “they called my boss in (without me) on 7 Feb and said, “Now that we can’t terminate her based on her shot status, what’s her job performance like? He replied ‘Outstanding, exceeds expectations—invaluable to our program’s success.’ One month later, he tragically passed unexpectedly… since he was the only one that had my back, and is now gone, they want me gone too. I am the only coach in the entire department who didn’t get the shots.”

Fact 8: A USAFA graduate, Lyon is the USAFA’s only female track and field coach, a two-time NCAA Champion and resides in the USAFA’s Athletic Hall of Fame.

Fact 9: Though she had previously served in deployments, including a combat tour in Afghanistan, Lyon is not currently in a deployable position in the military. The appalling treatment of Lyon and others across the military underscores the need for congressional action, such as the AMERICANS Act of 2022 (Allowing Military Exemptions, Recognizing Individual Concerns About New Shots), co-sponsored by Senator James Lankford (R-OK), Ted Cruz (R-TX) and 12 Senate colleagues.

There are at least 28 lawsuits with hundreds of clients including over 600 pilots who have filed and, in some cases, obtained at least three injunctions that have barred elements of the Department of Defense from taking adverse action against those who applied for religious exemptions from taking to the vaccine. Please donate to the Legal Defense Fund for Dana and others who are fighting the tyrannical actions of DoD, which is denying those serving with religious conscience objections their First Amendment rights. You may donate at the STARRS website by using the Donate button at this link.

To arrange an interview with Dana Lyon or Lt. Gen. Bishop, please call Mike Perini via the above contact information. STARRS is an independent non-profit organization that educates Americans on the dangers of racist and radical ideologies infiltrating our military in order to eliminate these divisive influences and maintain a unified and cohesive fighting force.

A 501(c)(3). More information on this and related issues is available on the STARRS website (www.starrs.us).