Skip to content
Onward and Upward is establishing a new way to face the home front battle overcoming the challenges and obstacles for military members and preventing military suicides.” — Dr. AnnaMaria Bliven LOS ANGELES, CA, UNITED STATES, May 18, 2022 /EINPresswire.com/ — Being on the front lines of any battle means facing the enemy head-on and not... 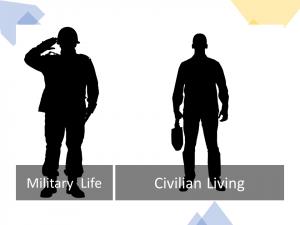 Onward and Upward is establishing a new way to face the home front battle overcoming the challenges and obstacles for military members and preventing military suicides.”

LOS ANGELES, CA, UNITED STATES, May 18, 2022 /EINPresswire.com/ — Being on the front lines of any battle means facing the enemy head-on and not backing away. In the case of a home front battle, the battle after military service, the enemy is the consequence of failing to meet the challenges that occur in the transition from military life to civilian living. These challenges are often overwhelming and insurmountable, so much so, that military veterans and warriors cannot handle the challenges and as a result, many of them commit suicide. According to an article written by Davis Winkie, in the Army Times, dated April 1, 2022, titled Amy Suicides hit a new post-9/11 peak in 2021,” The rate of suicide deaths among active-duty troops also climbed to its highest levels since the Great Depression – 36.18 per 100,000 soldiers.”

Onward and Upward is establishing a new way to face the home front battle overcoming the challenges and obstacles for military members and preventing military suicides. This new method cracks the code and allows the military members to be victorious in making this transition.

Onward and Upward has seen military members and former military members struggle with what comes next after military service. Since first opening the doors to the Community Online Work Center on Veterans Day in 2017, there have been 79 people who transformed their lives going from being homeless to now having a home and a lifetime career they love, never to be homeless again. Nearly half of them (n=33) were military homeless persons. Their stories really broke Onward and Upward’s heart. They told of their missions in the military and how they were victorious on their war front missions and when they returned home, all hell broke loose in their lives. When they left the military, they left without a job to go forward. The loss of income then spiraled into more losses. They lost their families and then they lost all their possessions and perseverance. They simply gave up and became homeless, self-medicating with drugs and alcohol. Many of the military clients in the Center had a dream of living a better life for all the years they were homeless. That is the condition they were in when they first arrived at the Community Online Work Center.

The first person to get a full-time online job five days after first opening the Community Online Work Center was a Navy veteran having served 16 years and had both his legs blown to bits stepping on an explosive device while on shore duty. Losing both legs in the war front battle set him back in life. After encountering the vocational program at the Onward and Upward Community Online Work Center, this Navy veteran got a full-time job as a computer help desk technician earning $18.50 per hour. Three days into his onboarding, his brother sent him a bus ticket and said, “come home.” There were many family members reaching out to our clients after they got their full-time job positions inviting them to return “home” to them. It’s kind of cool when a program that was originally only meant to help people never be homeless again also results in family members reuniting with their once estranged family members.

Another observation was that the focus was shifted from the mental health issues to the work at hand. The mental health challenges such as PTSD, Anxiety, Depression, and Survivor’s Guilt did not go away, but they were not front and center in the lives of the military members at the Community Online Work Center. Instead, the focus was on what needed to be done to accomplish the work tasks and what the next steps were in re-building the rest of their lives. Many military veterans who were clients told me that Onward and Upward saved their lives. All of them had at one-time attempted to commit suicide.

Recovery from the past and rebuilding the lives of people for the future is what Onward and Upward excel in doing. Masterful matchmaking for people and their skill sets with the companies that need them is what takes place daily. If you know of someone struggling with transitioning from military life to civilian living or someone going from homeless to having a home, contact the founder: Dr. AnnaMaria Bliven, LinkedIn page: https://www.linkedin.com/in/annamariabliven/.