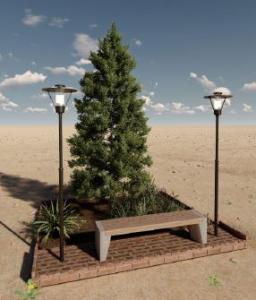 Artist conception of an individual “waffle” with smart tree technology 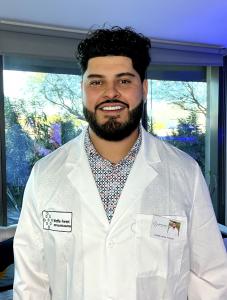 PHOENIX, ARIZONA, UNITED STATES, May 17, 2022 /EINPresswire.com/ — The newest “State of the Air” report from the American Lung Association gives the Phoenix area a failing grade, with ozone and particle pollution levels among the highest in the nation. Waffle Forest Founder and CEO Ernest Lerma is working to change that by planting a forest of “smart trees” to reduce carbon and nitrogen dioxide in Maricopa County.

“This new report shows air quality in the Phoenix metro area is the fifth worst in the nation when it comes to ozone, and we’re ranked eighth in particulate pollution,” Lerma reported. “Waffle Forest’s plans to plant 10,000 trees will reduce air pollution by naturally filtering carbon and nitrogen dioxide, capturing particulates, and producing oxygen. These trees will also help reduce temperatures and offer a green park-style atmosphere in an area that has too many polluting industries and landfills.”

The non-profit organization aims to rehabilitate a contaminated former landfill and tackle air pollution with “smart trees” and direct-air-capture technology. A pilot program using exclusive patented TreeTalker technology to measure the pollution each tree absorbs is being funded by donations from Phoenix businesses and individuals.

“We just placed an order for TreeTalkers and plan to get started in the next couple of months with several smart tree installations,” Lerma said. “A TreeTalker is a new high-tech device that is attached to each tree and reports data to a dedicated server every hour, including the amount of carbon absorbed, water usage, and soil conditions. This data will help us formulate the best plan to tackle the problem of air pollution in Phoenix.”

“Evidence for the damage air pollution does to the human body has been growing rapidly. A new World Health Organization report show significant harm is caused by even low levels of many air pollutants. This new report says high daily particle pollution levels causes 48,000 premature deaths in the U.S. each year.” Lerma reported. “Particulate matter is capable of penetrating deep into the lungs and entering the bloodstream, causing strokes, heart, and respiratory problems. There is emerging evidence that particulate matter impacts other organs and causes other diseases as well. High levels of nitrogen dioxide – a building block of ozone – leads to difficulty breathing, is associated with asthma and emphysema, and results in way too many hospital admissions and visits to emergency rooms. It’s time to take real action to reduce air pollution in Phoenix.”

The 501(c)3 non-profit organization has exclusively contracted to deploy TreeTalker technology created by Dr. Riccardo Valentini, PhD., a Nobel Peace Prize winner who serves as chief scientific advisor for the project. All funding is derived from grants, donations, and “waffle” sponsorship opportunities. To learn more about Waffle Forest, visit WaffleForest.org. To make a donation or sponsor a waffle square, contact Lerma at [email protected]