Skip to content
Sindh as worst hit are facing unprecedented catastrophic flood Professor Noam Chomsky signed the petition of Sindhi Foundation UN must Listen to the sorrows of Sindh and Sindhis says Sufi Laghari Demands for Special Envoy to Investigate Genocidal Atrocities to Sindh We appeal to the United Nations to appoint special envoy to investigate and support... 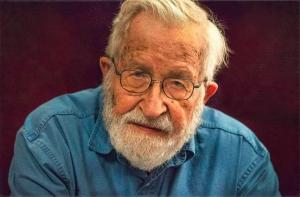 WASHINGTON, DISTRICT OF COLUMBIA, UNITED STATES, September 9, 2022 /EINPresswire.com/ — A week-long Sindh Hunger Strike against human rights abuses and man-made catastrophe of floods in Sindh under Pakistan, in front of the United Nations Head Quarters during its 77th General Assembly Session is to be begun from September 13th. Professor Noam Chomsky, America’s world-renowned Cognitive Scientist, philosopher, linguist, and social and political critic has supported the Sindh Hunger Strike across the UN. He is also among the signatories to the petition for the rights of Sindh.

This was announced by Sufi Munawar Laghari, the Executive Director of Washington, DC, based Sindhi Foundation.

Sufi Laghari has demanded of the International Community including the United Nations and its other member nations that they must not support Pakistan but directly support the people of Sindh and open investigation and audit of previous aid given to Pakistan’s governments.

He said the completely nonviolent way of protest hunger strike was meant to apprise the international community including the United Nations and its member nations of the human rights violation and genocidal atrocities committed by Pakistani state, its security agencies and the successive governments against Sindh and Sindhi people.

The Sindh Hunger Strike would continue midst the Pakistan’s foreign minister Bilawal Bhutto’s or possibly Prime Minister Shahbaz Sharif’s address to the General Assembly’s 77th session while Pakistan’s already most oppressed parts Baluchistan, Seraiki speaking belt and Sindh as worst hit are facing unprecedented catastrophic floods. “United Nations must listen to our sorrows and griefs of Sindh and Sindhi people. Flood situation has entirely turned the Sindh into ruins and disfigured her face. But the real culprit are Sindh’s feudal politicians who are puppets of Pakistani Military. Bilawal Bhutto Zardari is one of them,” Mr. Laghari emphasized.

Laghari has thanked to Professor Noam Chomsky for his support in solidarity to the Sindh Hunger Strike across United Nations Head Quarters, and for his previous support to the series of Sindh Long Marches, a signature but historic initiative the of Sindhi Foundation. Professor Noam Chomsky is also a signatory to an electronic petition placed on social media platforms by the Sindhi Foundation.

““Glad to sign. Brave move. I hope it elicits a significant reaction.” Remarkable words of Professor Noam Chomsky go on while signing on the petition of Sindhi Foundation.

The Petition covered the human rights abuses such as enforced disappearances and extra judicial killings of Sindhi national activists and political dissidents at the hands of Pakistani military and its intelligence agencies, forced conversion of young Sindhi Hindu women into Islam, and colonization of Sindh by Punjab and Punjabi military are the core issues enlisted in the petition.

“Therefore, Sindhis have right to exercise the right of Self- Determination and are at the liberty to declare Independence from Pakistan. We appeal to the United Nations to appoint special envoy to investigate and support the people of Sindh in their demand for the right of self-determination,” the petition concludes.