Skip to content
One of the most breathtaking sagas ever known, Steal Away is a timeless story poised to become a beloved classic. Stephen Ashley Blake, Director of Steal Away Interest in the groundbreaking film and business model ignites The cast, bringing to life the breathtaking story of The Fisk Jubilee Singers, will make Steal Away one of...

One of the most breathtaking sagas ever known, Steal Away is a timeless story poised to become a beloved classic. 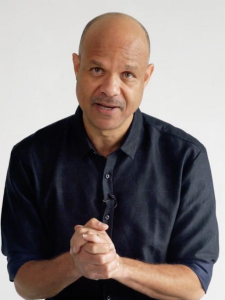 Interest in the groundbreaking film and business model ignites

The cast, bringing to life the breathtaking story of The Fisk Jubilee Singers, will make Steal Away one of the most powerful movies ever filmed.”

LOS ANGELES, CA, UNITED STATES, August 11, 2022 /EINPresswire.com/ — Realm Pictures International is making entertainment industry history as momentum builds for its post-Civil War theatrical feature Steal Away. Based on Andrew Ward’s epic “Dark Midnight When I Rise,” Steal Away has already attracted an extraordinary international cast, and Realm is proud to announce another seven artists that have signed on.

“Steal Away features a colorful kaleidoscope of characters, and we’re assembling a deliciously diverse ensemble that will electrify audiences around the world,” said 42-year industry veteran Stephen Ashley Blake, founder of Realm and director of Steal Away. “The cast, bringing to life the breathtaking story of The Fisk Jubilee Singers, will make Steal Away one of the most powerful movies ever filmed.”

Steal Away is the true story of the legendary Fisk Jubilee Singers, a young HBCU warrior choir fighting the KKK’s reign of terror against their schools with sensational songs of faith and freedom. The story has everything to captivate a modern audience: an apocalyptically divided nation, warring pulpits and gods, white supremacists, black militants, an American President, and the Queen of England.

Steal Away is capturing growing media attention, with ABC, NBC, The Chicago Defender, The Los Angeles Sentinel, and other outlets featuring movie news about the production.

Actors who have recently joined the Steal Away cast include:

• Brittany Shonka (Germany) will take the role of Georgia Gordon. A rising star, Shonka is a musical theatre alum of the University of Wyoming.

• Keith Walker (USA) will bring the character of Fred Loudin to life. Walker is a Zoni Award nominee for Best Actor in a Musical for his role in “The Wizard of OZ”.

• Merryl Ansah (UK) will play Maggie Porter. Ansah is a rising musical theater star known for her portrayal of Cameron in ‘Strange Mercy’ and Irene Roth in ‘Crazy for You’ at the Chichester Festival Theatre.

• Milan Anderson (USA) will portray Julia Hayden. A captivating artist and thespian, Anderson is an alum of The American Musical and Dramatic Academy.

• Gabriel Davenport (Canada) will take on the role of Benjamin Holmes. Davenport’s work includes roles in the television series ‘Corner,’ ‘After the Storm,’ and ‘See No Evil.’

• Daniel Lench (USA) will play The Honorable Alexander H. Stephens. Lench starred as Sid Grauman in ‘First Oscar’ and has garnered numerous awards for his roles in features and television.

“Our casting team is on a mission to cast each of Steal Away’s 65 speaking roles with the artist that most vividly brings that character to electrifying life,” says Blake. “Every actor in Steal Away is an extraordinary artist, and the casting call is ongoing.”