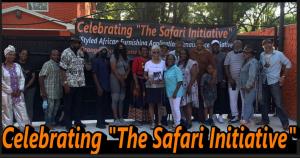 June 11, 2022 Memphians celebrated The Safari Initiative. Safari is an acronym for “Styled African Family Application Renaissance Initiative.” The “Safari Initiative” is a plan to bring the African & African/American family together. Amp says join me in Kenya Tom Mboya convinced President Kennedy to sponsor airfare for Kenyans education. Kennedy’s effort along with using...

June 11, 2022 Memphians celebrated The Safari Initiative. Safari is an acronym for “Styled African Family Application Renaissance Initiative.” The “Safari Initiative” is a plan to bring the African & African/American family together. Amp says join me in Kenya 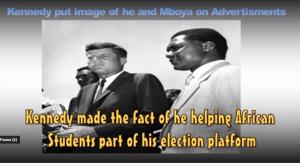 Mboya led a campaign that would bring hundreds of African students to America, Kennedy’s decision to support the effort became an issue in the election and possibly a factor in his narrow victory.”

Elmore who is fighting Memphis White Supremacy, Racism and Black on Black Racism is fighting for the soul of America. Elmore notes that we are fighting for Dr. Martin Luther King Jr, Supreme Court Justice Thurgood Marshall, President John F. Kennedy, Harry Belafonte, Jackie Robinson, Malcolm X, Sidney Poitier, A Phillip Randolph and many, many others and to also bring the African and African/American Community together.

Kenya Kisumu County Governor Peter Anyang’ Nyong’o personally knew Barack Obama Sr. Governor Nyong’o found perhaps an anomaly in Memphis or he answered the calling that Anthony “Amp” Elmore has made to Kenya. Elmore explained to Kenyans that he was touched by the spirit of one of Kenya’s Founding Father’s Thomas Joseph Odhiambo Mboya. Elmore explains spiritually that Mboya’s spirit reached out to him and the spirit shared with Elmore that if Elmore shared his story with Kenyans that had Mboya in their hearts those Kenyans would assist Elmore.

Two Kenyans living in America Richard Kiptoo and Aggrey Assava traveled to Kenya with Elmore in 2018 to assist Elmore in telling his story. Elmore’s story lead to Kenyan dignitaries visiting Memphis. Governor Nyong’o who is running re-election in Kenya shared these exact words to Elmore June 14 2022 via email that reads; ( “Dear Tony, I am delighted to hear from you. The initiative you have taken to have African home furnishing in Memphis will go a long way for us in Africa to value our cultural heritage more than ever before we embrace this trade between us that you have proposed. I am committed to building the Tom Mboya/Martin Luther King Cultural Center. This will be my focus after the elections. warm regards Peter.”)

From 1957 until his death Dr. Martin Luther King was a Member of ACOA (“American Committee on Africa.”) Dr. King traveled to Ghana for its Independence ceremony in 1957. In his last speech in Memphis Dr. King mentions Nairobi, Kenya, Accra, Ghana and Johannesburg, South Africa.

Unknown and untold in America is the story of Tom Mboya. Elmore via a you Tube lecture posted a video titled: “Mboya Africa’s Greatest leader & Civil Rights movement lead to “Obama.” Elmore notes that while our story goes untold we in “Orange Mound” have the most significant Obama/Kenya/American relationship than any community in America. Posted On Elmore’s Orange Mound Home are four billboard pictures of Elmore in Kogelo, Kenya the home of the Obama family in Kenya.

In 2013 Elmore met with the Matriarch of the Obama family the late Sarah Obama, the Grand Mother to President Barack Obama Jr. Mama Sarah Obama told Elmore that she was also his Grandmother. More importantly Elmore was not only the 1st to film the new home President Obama built for Mama Sarah Obama that has gained at the time of this posting 571,358 You Tube views, Elmore is the 1st to bring African/Americans on a Kenya Safari in the early 1990’s Elmore is America’s most experienced spokesperson for the “Barack Obama Heritage Tour. Click here to see You tube video: Obama Kenya Ancestry Home Tour.

Elmore explains that one of the greatest honors in my life is to serve America and my President John F. Kennedy. Elmore notes that I was in the fifth grade when President Kennedy got killed and I cried. We Blacks honored Dr. Martin Luther king John F. Kennedy and Bobby Kennedy.. We in America have no idea that the Kenyan Tom Mboya efforts lead to not only to Kennedy getting elected U.S. President in 1960. If there was no Mboya, America never would have had an Obama. America’s 1st Black President.

Elmore explains that we are living in a post America of the Trump era of, restricted voting rights, White Supremacy, attempted overthrow of democracy, anti immigration and misdirected racist theories like the “Replacement Theory.” Elmore notes that the Tom Mboya/Dr. Martin Luther King Education and culture center will bring together and awaken a culture like the “Kennedy era of positives programs like the Peace corps.” The center will highlight the new America of the Kennedy era whereas there is a White man by the name of William X Scheinman who assisted Tom Mboya to start “Airlift America.” There was a remarkable White Woman by the name of Cora Weiss who was the executive director of the “African American Student Foundation that got Kenya Students to America. There were two White American teachers living in Nairobi Helen Roberts and Elizabeth Mooney who paid the air fair for Barack Obama Sr. to take advantage of the Jackie Robinson Scholarship in Hawaii.

Elmore notes that we will bring the next President of Kenya to our home in the Black community of Orange Mound. We African/Americans and Kenyans will pick up work of Dr. King and Tom Mboya and invite the world to Kenya to celebrate. 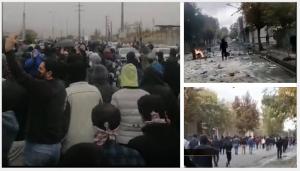