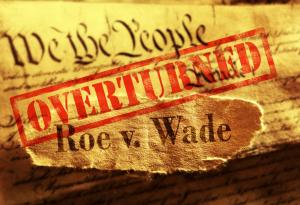 More young American men are considering the procedure in response to the decision to restrict abortion access.

The survey found that the number of men considering vasectomies as a birth control option increased 25% since Roe v. Wade’s overturning.”

NEW YORK, NEW YORK, UNITED STATES, July 28, 2022 /EINPresswire.com/ — The effects of a political event as momentous as the SCOTUS’ decision to overturn Roe. vs. Wade are not easy to predict or to calculate. While the decision obviously has profound impacts on women’s reproductive health and family planning prospects, it also has far-reaching implications for culture and for the economy–and yes, it will directly affect men’s lives as well.

Chamber of Commerce.org has recently conducted a survey aimed at understanding how restricted access to abortion is affecting men’s attitudes towards vasectomies. While traditionally one of the least-used contraceptive methods, especially among young, single men, interest in the procedure has surged since the Supreme Court’s decision. Chamber of Commerce.org’s survey found that the number of men considering vasectomies as a birth control option increased 25% since Roe v. Wade’s overturning.

The survey interviewed 525 men from across the United States and was almost evenly split between single men (45.9%) and men in committed relationships (44.5%) with a small percentage responding as ‘other’ (9.6%). Although 84% of respondents reported that preventing unwanted pregnancies was either somewhat or very important to them, 365 of them (70%) had never considered having a vasectomy.

The reasons behind this shift in young men’s attitudes are well worth looking into. The most common reasons behind the change were as follows: a sense of solidarity with their partner/easing the burden on the female; desire to avoid pregnancy now that access to abortion is no longer guaranteed; effectiveness of the procedure compared to other birth control methods, and financial considerations.

With this in mind, it’s also important to look into why some men’s attitudes remained unchanged. The survey found that the desire not to undergo a procedure on that part of the body, the permanence of the procedure, and cost of undergoing it were the main inhibiting factors. Other reasons cited included being worried about pain, impact on sex life, and effect on masculinity.

According to public health authorities, increased education about how the procedure actually works could go some way towards easing a few of these concerns.

Chamber of Commerce.org’s survey offers us an early glimpse into what is sure to be an increasingly mainstream topic of discussion over the next few months. Because of its focus on correlating attitudes with age ranges, the survey did not account for the impact of other factors such as ethnicity, education, and household income, all of which will be critical areas for further study.

To learn more about the survey and its methodology, visit chamberofcommerce.org.

Article originally published on www.einpresswire.com as Survey shows 25% more U.S. men are considering a vasectomy in the wake of the overturning of Roe v. Wade.