Skip to content
China Nexus, by Benedict Rogers. Ben Rogers with EU Today publisher Gary Cartwright at Brussels Press Club. China, it has been alleged, is a “more dangerous and insidious threat” to the West than Russia because it is more embedded in its institutions. This is the book that the Chinese regime does not want you to... 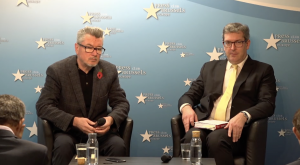 China, it has been alleged, is a “more dangerous and insidious threat” to the West than Russia because it is more embedded in its institutions.

This is the book that the Chinese regime does not want you to read, and it tells of party’s complicity with atrocities and its threat to freedoms around the world.”

BRUSSELS, BELGIUM, November 11, 2022 /EINPresswire.com/ — This is the personal view of the author of a new book that is highly critical of the Chinese Communist Party (CCP).

“We need to wake up to this,” is the message from Benedict Rogers, a UK-based senior analyst for East Asia, founder of Hong Kong Watch, and an important voice in the international human rights organization Christian Solidarity Worldwide (CSW.)

The respected writer, co-founder, and chief executive of Hong Kong Watch and Senior Analyst for East Asia at the international human rights organization CSW speaking at the Brussels Press Club on 8th November said the book was “a call to action” and contains ten recommendations on how the international community should handle its affairs with China.

The allegations, which are rebutted by Chinese Communist Party authorities, are made in “The China Nexus” a book that seeks to record the political environment in China over the past 30 years.

Rogers told reporters, “This is the book that the Chinese regime does not want you to read and tells of the party’s complicity with atrocities and its threat to freedoms around the world including in Tibet, Hong Kong, the persecution of Christians, forced organ harvesting, the crackdown on civil rights, plus the rising threat to Taiwan and the rights crisis in Myanmar.”

It also deals, he said, with the regime’s alleged complicity with North Korea and ends with the international community’s response, both what it is doing and what he says it should do.

The book has been praised by, among others, Lord Patten of Barnes, the Last Governor of Hong Kong, who said, “This outstanding book by one of Britain’s foremost and most knowledgeable campaigners on human rights in China and Asia as a whole is an excoriating and comprehensive denunciation of the appalling and increasingly harsh abuse of its citizens by the communist regime in Beijing. It should be read by everyone concerned about the challenge of sharing our planet with Communist China in the years ahead.”

The book describes the “hopes we had in the early 1990s that China might start to open up. These hopes have been dashed,” the author claims. The allegations in the book are robustly refuted by the Chinese authorities.

Rogers first went to China in 1992 to teach English and he says he “had a wonderful time.” He also lived in Hong Kong as a journalist.

One “key message”, he said, was that “far from being anti-China I must say that I love China as a country and have made a lot of friends there. It is the CCP I am critical of. I just want people in China to have their rights respected.”

Rogers has visited the country more than 50 times and says that during this time “there was a sense that there was some space for civil society and religious practitioners.”

“Yes, there were red lines but under the current regime all this space has vanished along with many of its critics.”

The “turning point”, he says, came just before Xi Jinping came to power at the time of the Beijing Olympics.

“By the time of the 2010 revolutions around the world the Chinese regime saw what was going on in other countries and decided it did not want the same happening there,” he said.

He claims, “The years since have seen the development of a surveillance state, the practice of forcing state-controlled churches to display his image, and the Tibet crackdown.”

Turning to the “threat” to Taiwan he said, “We all should do all we can to prevent an invasion. Taiwan matters because it is a vibrant democracy and one of the best examples in the region that champions human rights. An attack on Taiwan would be an attack on the international rules-based order. It’s a vital partner and the major producer of PC chips. If this fell into the hands of the CCP that would be dangerous,” he alleges.

Rogers said, “When Xi Jinping first came in he appeared popular but his policies, for example, on the pandemic combined with his seeming assault on what his predecessors did, has made him less popular. I wrote this book as a wake-up call to the free world. I love China. I just oppose the CCP which poses a threat to our freedoms around the world.”

A few years ago he was denied entry to Hong Kong on the orders of the Beijing regime and has also suffered a “steady campaign of intimidation and harassment.”

He said, “I have had threatening letters to my home in London, to my neighbors, and even my mother. She was told to tell her son to stop doing what I am doing. The fact that they would go to such lengths is extraordinary.”

He added, “I was told in emails that unless I shut it down I could face a prison term of up to life in Hong Kong. This illustrates the extent of the tentacles of the CCP and it is time to wake up to this. This book is a call to action.”

The book has 10 recommendations which, he said, include “ending impunity for regime atrocities which would embolden action against Taiwan, look at providing lifelines for those who need to escape Hong Kong and defending our own freedoms and rules-based order.”

Rogers said, “It also comes amid events that we could not have anticipated such as the recent incident at the Manchester consulate which was a shocking example of regime aggression on the streets of the UK, the German chancellor’s recent visit to Beijing which asks lots of questions and the president being given an unprecedented 3rd term which could put him in power for life or at least another 5 years.”

Article originally published on www.einpresswire.com as We need to wake up to “dangerous and insidious threat” to the West, says Benedict Rogers 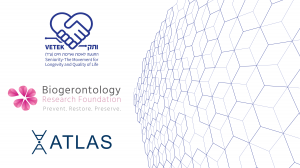